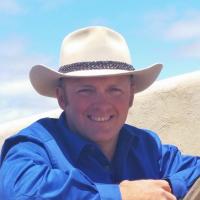 Scott has been involved in strawbale building since 2006 and been involved in over 100 strawbale builds, along with other alternative builds. He discovered this form of building when he moved from the Blue Mountains in NSW (where he was a rural contractor) to South Australia. During this time he has worked closely with Lance Kairl from House of Bales as a project manager, working with owner builders and builders.

He enjoys the flexibility of strawbale and earth renders in the construction of homes and feature walls, creating a unique place for customers to call home with endless possibilities.

He was previous SA rep for Ausbale and now in his 3rd term as president. His main focus is in pushing the promotion of Strawbale Building to the wider public and industry to make it a more recognised building alternative. For any enquiries he can be contacted at skgoldie@bigpond.com.

Stephen Birrell has a 30 year career which has spanned commercial management, financial, treasury and company secretarial roles in a variety of industry sectors including food, clothing, cosmetics, accounting, Biotech and financial services with local, national and international firms. In these roles he gained experience with high growth companies and mergers and acquisitions. He holds a Bachelor of Business (Accounting) from Chisholm Institute of Technology (now David Syme Business School, Monash University) and is a member of the Institute of Public Accountants. His interest in sustainable housing is a result of his purchase of land in the Clare Valley in SA, where he plans to build an off-grid house. 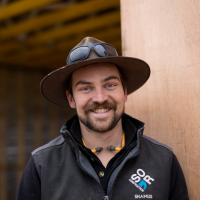 Shamus is a HIA Green smart accredited, registered builder based in Inverleigh, Victoria. He has recently been awarded a "highly commended" (second place) for a recently finished strawbale home, as a nationwide competition you can safely say he is quite proud of his teams achievements.

Shamus' Business, SO'R Construction is focused on building passive solar designed and environmentally conscious homes. Shamus truly does practice what he preaches and is currently building his own 8.5 Star Strawbale home for his growing family. Shamus believes in mixing ancient techniques of natural building with modern technologies to get the most from your home, using the most sophisticated solar and hot water systems ensures your home can run itself.

As a new member to the Ausbale Committee Shamus is excited to help keep the momentum of previous committee alive and give the Ausbale members all he can. 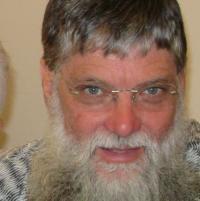 Lance lives in his 2 story strawbale home, near Goolwa in South Australia. The house described by some as a strawbale earthship is equipped with a stand alone solar power system, reed bed waste water treatment system, composting toilet, ample fruit trees, and large vege production area, along with a handful of chooks.

Lance has previously served on the Ausbale committee as the SA state rep, and as secretary, and is looking forward to a productive year as President of Ausbale in 2016.

Sam Vivers is a multi-award winning builder, having won two ‘Excellence in Housing’ NSW Master Builder awards in 2014 for an 8.5 energy rated strawbale home he designed and built. 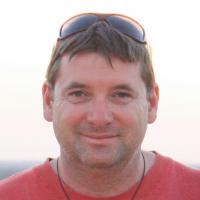 Kurt works from a strawbale office building on his property that incorporates Permaculture design principles as he also has a Permaculture Design Certificate. He has also redesigned over 100 timber buildings in the Brisbane area to allow clients to retain these houses for contemporary lifestyles.

Kurt is a firm believer in the integration of internal and external areas and empowering people to personalise their surroundings.

Kurt can be contacted at studioGREEN architects 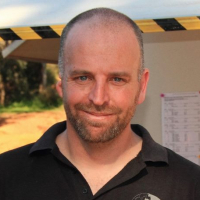 Paul is a software engineer, specialising in GIS and web development, and mad woodworker who fell in love with strawbale buildings after staying in one near Witchcliffe. 13 years later he's building his own 9.4*-rated house and workshop on the eastern fringes of Perth. 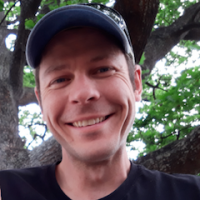 Gordon Williams is a licenced builder based in Tasmania’s Huon Valley. He has been working with strawbale and natural materials since 2011 on new homes, extensions and renovations.

His current focus is on the importance of retrofitting existing homes using natural materials for not only energy efficiency but also how they can enhance the lives of the owners and the environment around them.

For any enquiries he can be contacted at gordon@retrofittingtasmania.com.au

You can contact Ausbale by phoning the Ausbale Representative in your state, or email us.